A Seaside Sanctuary Is in the Works! SeaWorld, Time’s Up

Exciting news: The Whale Sanctuary Project has announced plans to build a 40-hectare seaside sanctuary for rescued orcas and beluga whales in Nova Scotia, Canada. PETA wasted no time in urging new SeaWorld CEO Sergio D. Rivera to do what his predecessors failed to do: Retire the marine mammals held captive at the parks and let them move to a true sanctuary that can give them some semblance of the life that was stolen from them.

The project will involve enclosing an inlet off Nova Scotia’s eastern shore, giving orcas and belugas the opportunity to swim in the ocean, follow the shifting currents, and use their echolocation in meaningful ways—basic, natural forms of behavior that they can’t engage in inside SeaWorld’s cramped tanks. A team of marine mammal experts would ensure that their nutritional and medical needs are met, and the animals would no longer be swimming in tight circles in chemically treated water, fed antipsychotic drugs, and forced to perform demeaning stunts for humans to laugh at.

To make it happen, The Whale Sanctuary Project needs around $12 million to $15 million. SeaWorld could easily fund the creation of this sanctuary for marine mammals—and it should, considering that the company has made billions of dollars using suffering animals since 1964.

Time’s up—it’s been up—and this is SeaWorld’s moment to do the right thing.

Urge SeaWorld to Retire the Animals 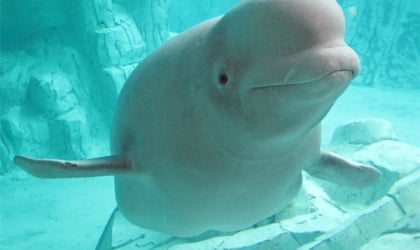 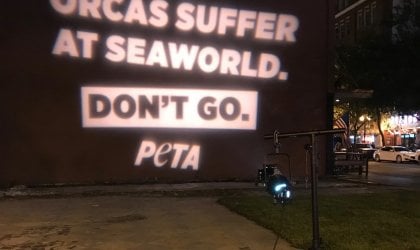