Baby Orca Born a Prisoner, Condemned to Life in Prison if SeaWorld Has Its Way

Takara, a 25-year-old orca at SeaWorld San Antonio, has endured a lifetime of suffering. She has been artificially inseminated many times, separated from her mother and two of her children, and shuffled from theme park to theme park at SeaWorld’s whim.

PETA is calling on SeaWorld to spare her fifth calf a lifetime of suffering in prison by retiring both mother and child to a seaside sanctuary, where the baby may someday be reunited with Takara’s mother, other children, and grandchildren.

While Takara’s baby will be the last born at SeaWorld after it was forced to end its sordid orca-breeding program, because, according to its CEO “The data and trends showed it was either a SeaWorld without whales or a world without SeaWorld,” the company MUST do the right thing and spare the orca’s suffering, and send them to a sea sanctuary. They must not allow this baby to swim in endless circles in tiny tanks for decades.

SeaWorld can act now and craft a transition plan to move Takara, her baby, and other long-suffering animals at its parks into ocean sanctuaries so that they may have some semblance of a natural life. 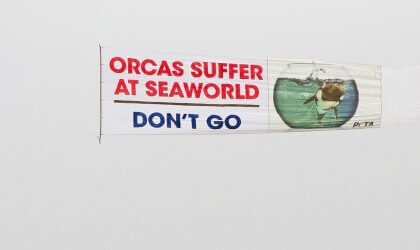 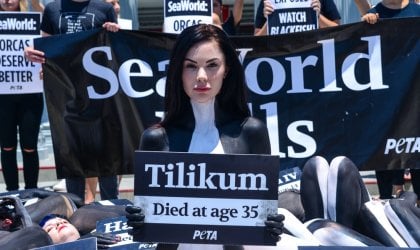