It’s World Penguin Day, and while we think all of our flightless, feathered friends should be spending today (and every day) with their families in their natural habitats, some penguins will be stuck in glass boxes, thanks to SeaWorld.

From parading them around as props to the endless litter that ends up in their enclosures, these are the reasons why penguins don’t belong at SeaWorld:

Just take it from this penguin, who took a brave leap to escape from a tank. The incident reportedly occurred at SeaWorld Orlando in Florida, and you can see how the escaped penguin is tossed unceremoniously back into the prison tank.

Sarah Fischbeck was a water-quality diver who worked at SeaWorld San Diego from 2007 to 2013. She told The Dodo that she would find everything from shoes to pennies in the penguins’ habitat—and that the animals would eat the litter, causing serious health problems.

“They don’t know any better—they see something shiny, they’re going to eat it,” Fischbeck said. “They have penguin surgeries all the time [to remove the objects from the birds] … it’s horrible.”

SeaWorld Has Used Penguins as Props

Penguins can easily become stressed, frightened, and agitated when they’re forced into close contact with humans. Despite knowing this, SeaWorld has displayed penguins on the trading room floor of the New York Stock Exchange as well as across the country in other publicity stunts and promotional displays. It’s very stressful for wild animals to be hauled around and forced to interact with large, noisy crowds of humans.

The Penguin Encounter at SeaWorld Is Terrible for Penguins

In addition to confining them to small tanks, SeaWorld lets the public touch and take photos with penguins—who don’t want to be forced to interact with humans—during its Penguin Encounter, another money grab for the company.

SeaWorld Has Abducted Baby Penguins From Their Parents

In 2011, SeaWorld reportedly removed 10 penguin chicks who were still dependent on their parents from Antarctica and shipped them to SeaWorld in California for “research purposes.”

Bob Tait, director of Friends of the Earth, told the New Zealand Herald at the time, “We strongly object to the removal of the penguins from their colony, and subjecting them to the ordeals of lengthy jet travel, and condemning them, for profit-driven reasons, to live out the rest of their lives separated from their real colony in an alien environment at SeaWorld, California.”

SeaWorld Has Shipped Penguins in Plastic Crates via FedEx

Nope, it’s not a joke. In late 2015, SeaWorld shipped 20 gentoo penguins across the country from its California location to a facility in Michigan. The penguins were reportedly transported in 4-foot-by-4-foot plastic crates, with blocks of ice underneath them and air holes. The 13-hour journey, including a layover in Tennessee, was undoubtedly stressful for the small birds, who were shipped like last-minute holiday gifts.

Penguins are complex, social animals with distinct personalities and traits. Emperor penguins are team players who will huddle tightly together to stay warm, and gentoo penguins can dive as deep as 655 feet in their natural environment. Some penguins are monogamous during breeding season, and often both penguin parents will care for a chick, a bond that SeaWorld has broken in the past. Penguins do not deserve to live in cramped tanks or be used as props.

Celebrate penguins this World Penguin Day and every day by avoiding SeaWorld, and encourage your friends and family to do the same by sharing this post. Penguins deserve better than being stuck in marine abusement parks. You can also urge Build-A-Bear Workshop to rethink its cruel SeaWorld partnership. 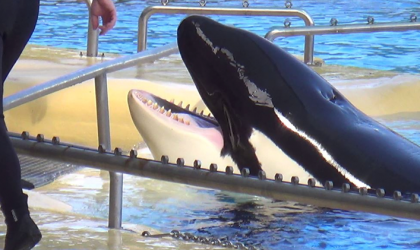 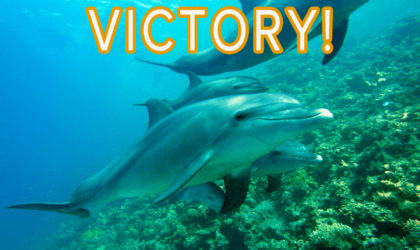