Tilikum, the largest and one of the longest suffering orcas in captivity has fallen ill, according to SeaWorld. The embattled company put out a statement that he is suffering from a possible bacterial infection and that a “cure for his illness has not been found.”

The sickness at SeaWorld is with its management, which has deliberately caused Tilikum—the subject of Blackfish, the damning documentary about SeaWorld—to suffer immensely by confining him to a small concrete tank for decades, causing him to suffer from mental illness, which has resulted in aggression, and now some incurable illness. SeaWorld apparently feels that it must make a statement about Tilly’s ill health, and PETA bets that’s because it’s anticipating that someone is about to blow the whistle about his illness or reveal that he’s dying and that the people who have exploited him to line their pockets all these years know it. If Tilikum never sees the ocean again, after being stolen from it 30 years ago, his blood will be on SeaWorld’s hands and on the walls of his miserable concrete prison tank.

He was torn away from his home and family in the wild at the age of 3, and he grew so massive inside the tiny tanks that he could not escape the aggressive, incompatible orcas who would leave him torn up and bloodied. The constant stress and deprivation have driven him to kill three human beings and to wear his teeth to the nubs from chewing on the underwater bars of his prison. Since SeaWorld can no longer capture orcas from the wild, it has used Tilikum as its chief breeding machine, churning out more performers for a miserable life that no one would ever willingly choose. It’s time for SeaWorld to move the orcas to sanctuaries, where they could enjoy a more natural life.

You can read more about Tilikum’s tragic story here.

Help other animals avoid a life of suffering like Tilikum’s. Please tell SeaWorld to retire the remaining orcas to coastal sanctuaries. 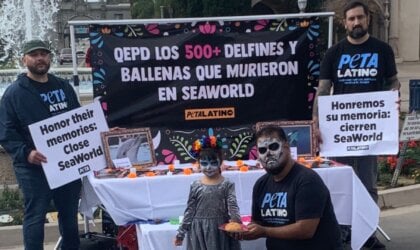 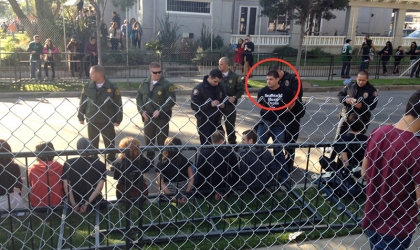