Morgan, who was taken from her ocean home six years ago and was supposed to have been released back into the sea, is also “owned” by SeaWorld. Adán was born at Loro Parque.

The Free Morgan Foundation has just released a new report that graphically details the deplorable living conditions for these orcas, including damage to their teeth, a serious and potentially life-threatening issue. The report and photographic evidence show indisputable proof that all six orcas are suffering from broken, chipped, and/or missing teeth. Some have teeth with the pulp painfully exposed. 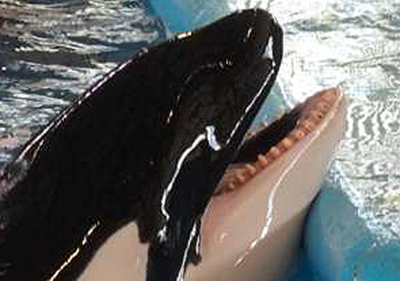 The stresses of captivity and lack of space lead orcas to chew and gnaw on hard surfaces within the tanks, including metal bars and concrete ledges. Captive orcas may also respond to the stress and tension caused by inappropriate social groupings by violently slamming their jaws shut. In an attempt to treat the resulting damage and prevent deadly infection, the orcas’ teeth are sometimes drilled and irrigated The loss is permanent—cetaceans produce only one set of teeth.

Dentists have suggested to SeaWorld that cutting and drilling to expose pulp cavity should be avoided in favor of “more beneficial” and less archaic care, but somehow, this is still happening to the orcas at Loro Parque.

Investigators documented that even young Adán had at least eight teeth drilled in one seven-month period. The other five orcas have had at least 14 teeth drilled and have sustained at least 15 broken teeth during that same time period. Many of the teeth on the orcas’ lower jaws are severely damaged. 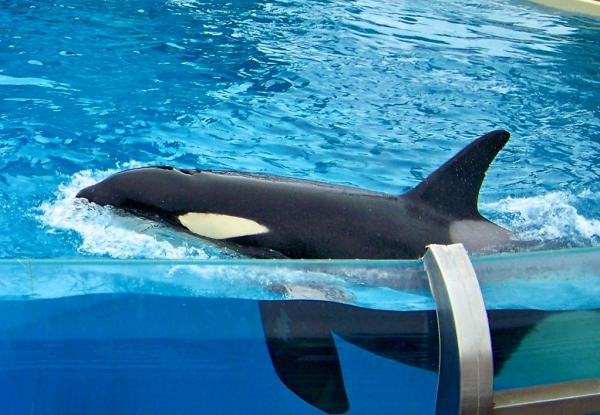 In addition to the serious dental issues, during the inspection, the observers noted that orcas at Loro Parque were regularly confined to a tank so small that they could barely move. Several orcas had rake marks, which are caused when dominant animals scrape their teeth against the skin of less aggressive ones. These attacks can result in painful and serious injuries. Lower-ranking members in such forced and unnatural groupings are routinely bullied but have no way to escape because of the cramped tanks.

Never visit SeaWorld, Loro Parque, or any other marine theme park or aquarium.