Without warning, SeaWorld laid off roughly 100 workers from its customer-service call center earlier this week and will reportedly fill some of those positions with people in other countries. Some former employees claim that SeaWorld—adding insult to injury—sent them to Central America to unknowingly train their own replacements.

The layoffs, which take effect immediately, comes the same day SeaWorld announced its CEO Gus Antorhca had resigned after seven months on the job. https://t.co/aeTahIeBae

PETA is asking former employees of SeaWorld to do the right thing and come forward as potential whistleblowers with any tips about cruel treatment of animals.

As these former staffers scramble to find new jobs, PETA is asking for their help in exposing the misdeeds of the notorious abusement park. Anyone with credible information can e-mail us directly at [email protected]. All potential whistleblowers are assured that confidentiality is very important to us.

The recent layoffs coincided with the abrupt resignation of SeaWorld CEO Gustavo Antorcha. The news comes less than one month after PETA called for a U.S. Securities and Exchange Commission investigation because SeaWorld misled investors over the mistreatment of dolphins during the company’s annual meeting in June. Antorcha, still CEO at the time, tried desperately to gloss over the suffering of dolphins SeaWorld packs into cramped tanks and forces to perform circus-style tricks at its parks.

Help Us End SeaWorld’s Rampant Abuse and Exploitation of Animals

SeaWorld and other marine parks teach the wrong lesson: that it’s acceptable to imprison animals, deprive them of freedom of movement, deny them the chance to establish natural territory and explore, breed and group them as we—not they—please, and watch them go insane from stress and frustration.

Whether you’re a former SeaWorld employee or someone who refuses to stand by while animals are tormented for profit, we can all be on the right side of history and demand that the park empty its tanks. Click below to appeal to the company to stop abusing dolphins.

Please keep all correspondence polite in order to encourage company officials to listen to our message and take it seriously. 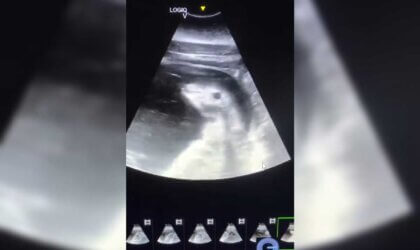