Anyone with common sense knows that SeaWorld is a dreadful place. It’s a place where majestic, intelligent orcas—who are meant to swim 100 miles a day in the ocean—are imprisoned in tiny tanks where they can only swim in small circles. Ignoring the abuse has become both unpopular and outdated. With help from the widespread success of Blackfish, many celebrities have publicly voiced their opinion against SeaWorld and taken a stand for captive orcas.

Aaron Paul: In the middle of the epic final season of Breaking Bad, the man who brought Jesse Pinkman to life took the time to blast SeaWorld.

Dear @SeaWorld, You are terrible. Sincerely, Everyone who actually cares about living creatures. Release your slaves.

Tommy Lee: The rocker had a whale of a problem with SeaWorld.

Cher: The legend herself made a point of going after SeaWorld repeatedly.

Joakim Noah: The NBA star really summed it up perfectly.

Steve-O: Never one to be shy, the professional prankster was willing to break the law to make his point.

If doing this was wrong, I don't want to be right! #SeaWorldSucks https://t.co/KbSUfTrrvH

And let’s not forget these gems from 2013 after the initial release of Blackfish and the beginning of SeaWorld’s continuing demise:

Russell Brand: He’s a comedian, an activist, a movie reviewer—and a SeaWorld hater.

Do watch "Black Fish". Don't go to SeaWorld, a stain upon humanity posing as entertainment. #liftedfromanearlyreviewofmine

Ariana Grande: This proud vegan loves animals too much to support SeaWorld ever again.

I highly recommend all of my fans watch #Blackfish and never go to @Seaworld again. Used to love that place. Beyond heartbroken #FreeTilly

Ellen Page: PETA’s Sexiest Celebrity Vegetarian of 2014 expressed her disgust after watching Blackfish and seeing the horrors of SeaWorld.

OMFG go see @blackfishmovie Just floored by it Hey @seaworld — you are the worst.

Jason Biggs: The star of the funniest SeaWorld “ad” of the year, uses his sarcastic wit for good, not evil.

Congrats 2 the orcas @SeaWorld ! Theyre getting new tank thats a tad bit deeper n will TOTALLY trick them into thinking theyre in the ocean! 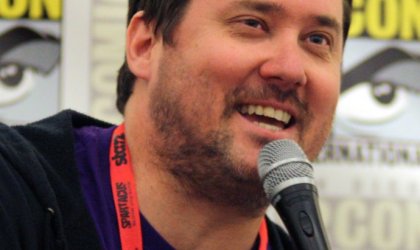 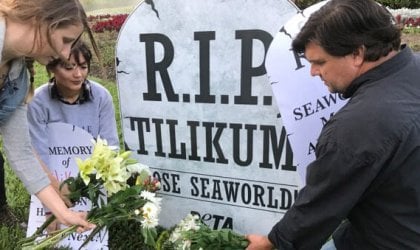