PETA has just learned that SeaWorld secretly shipped 24 dolphins—two of whom were “rescued” and then put on public display—to Abu Dhabi to be exploited at its new park there. Meanwhile, the public remains unaware that “rescued” dolphins are being used as breeding machines and forced to perform tricks.

After her “rescue” in 2007, Sea World San Antonio imprisoned Alice to use her as a breeding machine and force her to perform tricks in a concrete pool. SeaWorld bred her in its dolphin-breeding program, in which staff pull female dolphins out of the water—sometimes after drugging them so that they can’t fight back—and shove tubes filled with semen into their uteruses.

Zip, the other “rescued” dolphin shipped to SeaWorld Abu Dhabi, had been confined at the San Antonio park since 2016.

Tiger, Potter, and Tinker were born in relatively tiny concrete tanks at SeaWorld Orlando in Florida, where they spent their entire lives until the park shipped them off to SeaWorld Abu Dhabi to continue suffering in chemically-treated pools.

15-year old Roka and 20-year old Naia were born at Discovery Cove and sent to SeaWorld Orlando around 2009, where Naia gave birth to her calf, Rhett—who died before he was even 2 years old. Dexter, Delilah, and Storm were born at Discovery Cove and later moved to SeaWorld Orlando where they were placed in artificial social groups, which can lead to frustration and aggression.

Nala was born at SeaWorld San Antonio to her mother, Nikki—whom SeaWorld sexually abused as part of its sordid breeding program—and was then sent to SeaWorld Orlando in 2019. SeaWorld forced her to endure another long, severely stressful journey to the Abu Dhabi park thousands of miles away.

Daphne was born at SeaWorld San Diego, where she remained for 23 years. There, she gave birth to her only calf, Osa—who died at just 9 months old—and later reportedly suffered a miscarriage in 2012. Instead of releasing her, and five other dolphins who had been born at the San Diego park—including Venus, Connie, Kali, Blue, and Bodie—to a coastal sanctuary, SeaWorld shipped them 8,400 miles to Abu Dhabi.

Reef, Skye, Eden, Kona, and Lola were born at SeaWorld’s Discovery Cove in Orlando, where they spent their entire lives until they were shipped around the world to the Abu Dhabi park. Both Reef and Skye were born into a life of miserable captivity via forced artificial insemination.

In the ocean, dolphins may swim up to 60 miles per day in family pods—but cruel marine parks like SeaWorld confine these curious, clever animals to cramped, barren tanks.

It’s time for SeaWorld to end its decades-long run of abusing dolphins as breeding machines in order to create more generations of animals to exploit. You can help them by telling SeaWorld to end its dolphin-breeding program and to move all the dolphins and whales it currently confines to seaside sanctuaries, where they could dive to greater depths, swim longer distances, and live free from exploitation: 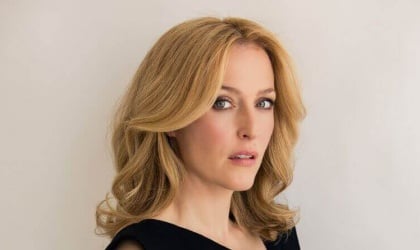