California residents packed the State Assembly today to show support for The Orca Welfare and Safety Act. The Assembly’s Water, Parks and Wildlife Committee decided to further study the issue before voting on the bill. The writing is on the wall. The public has learned how orcas suffer psychologically, die prematurely, and lash out in frustration and aggression in SeaWorld’s prisons, and consumers have responded with lower attendance levels, public protests, and legislation. SeaWorld can take the time between now and when the bill comes to a vote next year to figure out how to release the orcas into ocean sanctuaries.

The captive orcas at SeaWorld San Diego may soon be headed for freedom in spacious ocean sanctuaries.

Today, California State Assembly Member Richard Bloom introduced the Orca Welfare and Safety Act, which would make it illegal to “hold in captivity, or use, a wild-caught or captive-bred orca for performance or entertainment purposes.”

The bill would also put a damper on SeaWorld’s breeding operation by banning artificial insemination of captive killer whales within the state and blocking the import of orca semen from other states.

If the bill passes, SeaWorld San Diego will be forced to work to rehabilitate the orcas and return them to the wild when possible or transfer them to protected ocean sanctuaries. In the 21st century, it’s time to recognize that the orcas and dolphins held captive at SeaWorld do not belong there at all. Their containment in pitiful swimming pools instead of great oceans and in isolation instead of pods reflects our own species’ greed and obliviousness. At SeaWorld and other animal abusement parks, these magnificent beings are separated from their families—including babies who are torn from their mothers’ sides—and can swim only in endless circles between concrete walls, the constant stress of confinement driving them to lash out violently in frustration at each other and their human captors.

PETA and kind people around the world have called on SeaWorld to retire these deprived orcas to a seaside sanctuary, but the park continues to defend its overt cruelty. This bill has the potential to end the deep injustice of exhibitions of captive marine life.

Animal advocates, we can’t afford to let this opportunity pass us by. If you live in California, please e-mail Assembly Member Richard Bloom  and thank him for introducing the Orca Welfare and Safety Act. And please contact your own California State Assembly members and urge them to support the bill. 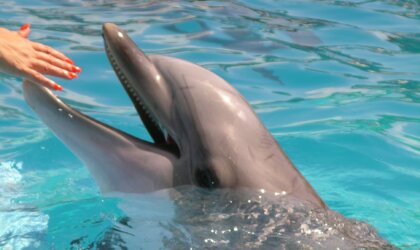 Raped, Impregnated, and Confined to a Concrete Cell: Meet Takara 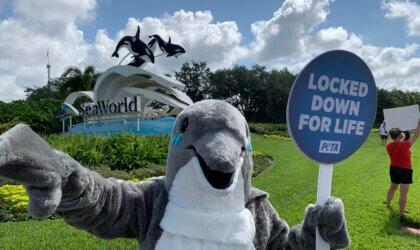