Monday was Boycott SeaWorld Day, and it turned out to be a real nightmare for the abusement park. The company was hit from all directions in just one day.

Today is #BoycottSeaWorldDay. RT & tell everyone why you boycott #SeaWorld! pic.twitter.com/ApJPeSBFnp

Read on to find out how the day unfolded and to discover how you can help urge the abusement park to start building sea sanctuaries for the orcas trapped in its tiny tanks.

Tons of Celebrities Kicked Things Off by Tweeting About #BoycottSeaWorldDay

A slew of influential celebrities took to Twitter on Monday to share their feelings regarding SeaWorld’s cruel treatment of the animals it confines, and we hope the company was listening. Check out a few of our favorite celeb tweets:

Grew up in SD & @SeaWorld alot. UNTIL it hit me billion ton Whales cant live in a pool the size of a bathtub 4 them. abuse. they Belong @sea

First of all it isn't an entire world. It's a small part of a world. And it isn't even part of the sea. So there. And whales are tortured.

I've just discovered a Sea World Attraction where the animals are really happy and it's free. It's called the ocean.

How is this establishment still open!!?? https://t.co/hFmvonunaX

I #BoycottSeaWorld because no one should live in a bath tub. Please stop supporting these cruel shows. https://t.co/ssAjPRYQVN

I #BoycottSeaWorldDay because they horribly mistreat the amazing animals, it's not right. Treating them like toys for our viewing pleasure https://t.co/Ia7HUVRb87

Captivity kills! These beautiful animals belong to be free and happy in the ocean! ❤️ https://t.co/jBMZXaSmKq

James Cromwell is my hero. https://t.co/Kvmc9HnMVx

These whales should be in the open sea! Not in a fucking fish bowl! @SeaWorld https://t.co/VIKHWyJOug

.@SeaWorld once again proving that Hell isn't all fire and brimstone. That sometimes it's just water and tanks #BoycottSeaWorldDay #RIPKyara https://t.co/YcdkYCou0O

My fav part is when they say their main concern is the safety of their animals. And the savages in the stands. Another day, another lie. https://t.co/FXYn8YFLku

Armed with a megaphone and wearing a shirt proclaiming, “SeaWorld Sucks,” Academy Award nominee James Cromwell led a group of PETA supporters in a takeover of SeaWorld’s “Orca Encounter” show.

After informing the audience about the company’s history of premature orca deaths, the actor was detained and cited for trespassing. Three of the six PETA members who joined him in the peaceful protest pressed assault charges against the company’s head of security in San Diego after being detained out of public view. They reported that their handcuffs were removed and that they were sitting and obeying uniformed security officers when SeaWorld’s head of security—who was in civilian clothes and didn’t identify himself—roughly handled, assaulted, and attacked them.

The takeover made headlines immediately, getting covered by People, The Hollywood Reporter, and the Los Angeles Times.

To top things off, Twitter made a Moment titled “Last orca calf born in captivity at SeaWorld has died.” It featured a number of PETA tweets.

Last orca calf born in captivity at SeaWorld has died

Moments showcase current topics that are trending, allowing Twitter users to discover what’s unfolding instantaneously and on one cohesive page.

Celebrities weren’t the only ones calling out SeaWorld online. Others reacted similarly, tweeting their support for #BoycottSeaWorldDay:

#BoycottSeaWorldDay perfect day to stay home and watch blackfish! it exposes the truths behind SeaWorld. Watch on Netflix!

Could you live in your bathtub your whole life? Thanks…..but no tanks. #BoycottSeaWorldDay

Because I wouldn't want to live in a cell forced to do tricks, then get punished when I "go crazy" #BoycottSeaWorldDay #savetheorcas https://t.co/QkUEyVyTXy

Seaworld is just an underwater zoo. Those animals belong in the ocean. #BoycottSeaWorldDay https://t.co/BdvTzpDzAW

Happy #BoycottSeaWorldday ! Don't support this horrible "amusement" park. Watch Blackfish on Netflix and educate yourself on the cruelty.

The Onion also celebrated Boycott SeaWorld Day by sharing “A Look at SeaWorld’s Legacy: From Shamu to Forcibly Euthanizing Shamu” on Twitter:

A Look At SeaWorld’s Legacy: From Shamu To Forcibly Euthanizing Shamu https://t.co/IFSRFRO2wN pic.twitter.com/xg7NlYmSqv

“America’s finest news source” recapped 12 times that it’s made fun of SeaWorld—satirical news at its best.

Do Your Part—Speak Out Against SeaWorld

You, too, can make a difference for the orcas and other marine mammals held captive by SeaWorld. Click here to urge the company to empty its tanks, click the button below to share this post, and be sure to use #BoycottSeaWorld and tag us—@peta—in your tweet. 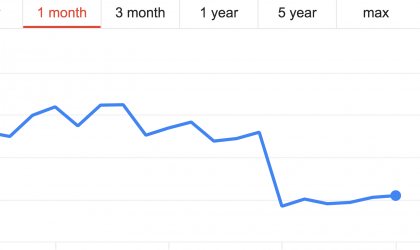